The History of Crystals

Diving deep into the History of Crystals, it’s important to remember that we live in an age of specialisation.  It’s only in modern times that we have come to delineate a big difference between doctors, healers, magicians, scientists and astrologers.  Previously, all these roles might well have been taken by one member of the tribe – the sage, wiseman or wisewoman, shaman or seer.  This person would likely have had some knowledge about the use of crystals through history in all his or her roles. 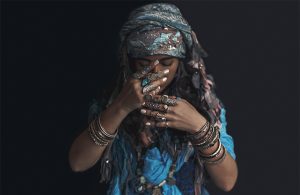 Crystals have been used in medicine as amulets and as spiritual and psychic tools since time immemorial.  Jade has been found in prehistoric tombs, as well as black obsidian shaped into mirrors very similar to those used by modern scryers.  Amber was also highly prized and routes were established across Europe for trade in amber.

Egyptians, Greeks and Romans also used crystals in their medicine and mythology.  The planets were believed to be ruled by certain stones, plants and animals.  The crystals were used to create magical talismans to fortify the wearer with the characteristics of that planet.

After Pliny the Elder wrote in the first century AD, he was followed by the 11th century Book of Stones, and then Hildegaard von Bingen and her book Physica.  Physica details how crystals could be used as both stones but also as ingredients for recipes and magical fold cures.  It is from this that we first hear about the magical properties of Crystal Elixirs – although her guide suggested crushing crystals down to a fine powder and mixing them with water or wine and consuming them for healing benefits.

Medieval lapidaries (artisans who cuts, polishes, or engraves gems) recommended either elixirs of particular crystals or the ground powder of certain others for medicinal purposes.  One Pope was said to have swallowed a King’s ransom in precious stones at a single sitting to cure his ailments!

Crystals were also assigned special meanings that would have been popularly accepted at the time.  Engraving was also thought to enhance the magical properties.  This led to precious stones being engraved with emblems, animals, and astrological symbols as powerful personal amulets.

Throughout time, crystals have been used in non-western traditions too.  North American first nations people generally hold a belief that the Universal Spirit inhabits everything – from animals, plants and minerals – and that there is good or bad energy also.  The use of totem stones was also a way to ward off bad energies and offer protection and healing.

Alternative Crystal based medicine is often most effective when it is used to treat and heal chronic, ongoing conditions like arthritis or where conventional medicine has not been successful.  We recommend using Crystal healing as a support and aid to conventional scientific medicine – please consult your medical specialist and do not withdraw your medicine regimen based solely on this advice.

Professional crystal healers will often use their tried and tested favourite crystals when you consult with them.  Your practitioner will put crystals on your body, or around your body at specific points or chakras.  The vibrations of the crystals are used to rebalance and harmonize your own ability to heal.  In effect, the crystal is used as a way to increase your own natural healing process.

Please be aware that when you begin using your crystals for the first time you may notice that you actually feel worse for the first few days, so be patient and gentle as you begin this journey.

Crystals are especially powerful when used alongside the subtle energies of our moods and emotions. Crystals provide a steadying balance when we are working our way through an emotional time.  In the history of crystals, this is perhaps their most treasured and significant role – as aids to balance and re-centre emotional and spiritual healing.  And it’s no coincidence that in the present day we look to crystals to provide support in these areas as well.

Because of their consistent electric energy, crystals can facilitate clear, cogent thinking – very useful when studying or learning new concepts.  In the same way, crystals can help diffuse discordant energy and atmospheres so that you can find deep calm and inner peace.

Regardless of your belief system, crystals can provide a straight and steady connection to the world of spirit.  And the best way to start your own connection with your crystal is to start meditating with it.  Note how the vibration between you and the crystal is unique and feel for it – you will be able to slip into this space more readily next time you meditate with your crystal.

The use of talismans and amulets dates backs into pre-history, and we have no clear way of knowing exactly what and why certain crystals were used.  Baltic Amber, Mammoth tusks, shark’s teeth and shells were used alongside crystals as amulets to ward off negative energies.

The most widely used amuletic crystal is turquoise, which is valued across the Tibetan, North American, Asian and Eastern European traditions.  Turquoise has many unique properties, and it’s colour is naturally associated with rain, water and the sky.  Turquoise tends to change colour as it ages, lending it an almost organic life-likeness, so that appears to age alongside us.

Jade is eternally popular in China, where it is endowed with a magical ability to resonate prosperity and health – as well as being simply beautiful.  Red carnelian for different reasons is associated with fire and blood and the universal force that permeates all things.